Ignite Realtime is the community site for the users and developers of Jive Software's open source Real Time Communications projects. Your involvement is helping to change the open RTC landscape. 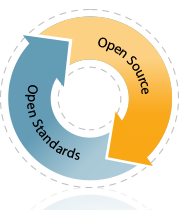 Ignite Realtime is the community site for the users and developers of Jive Software's open source Real Time Communications projects. Your involvement is helping to change the open RTC landscape.
Latest Blog Entries

The Smack developers are happy to announce the availability the second beta release of Smack 4.4.0. We expect Smack 4.4.0-beta2 to be the last beta before the first release candidate is published. Please consider testing this release in your integration stages and report back any issues you may found. The more people are actively testing pre-releases, the less issues will remain in the actual release.

The Ignite Realtime community is happy to announce the availability of Ohùn, a new plugin for Openfire.

Ohùn is the Yoruba word for voice and is a simple audio conferencing solution for Openfire using the Kraken WebRTC client and server.

It is for remote teams who can use it everyday to communicate and collaborate all day long without the need to show their faces or any other video. With the absence of video, it ensures high quality audio for the conversation most of the time, even with more than 10 participants.

If you are a remote worker, tired of daily video conference meetings and wish to experience some of the spontaneous discussions with colleagues and team members just listening to each other while working on the same project, then give Ohùn a test and let me know what you think. You call mute yourself, selectively mute noisy peers or even mute everyone when you are busy.

The Ignite Realtime community is happy to announce that version 2.1.0 of the Monitoring plugin has been released!

In this release, the feature of retrieving messages ?out of order? has been removed.

The new version of the plugin will become available for installation in the admin console of your instance of Openfire in the next few hours. Alternatively, it can be downloaded from its archive page right now.

The Openfire community is happy to announce the immediate availability of a new plugin: the blacklist spam plugin.

With the growing popularity of XMPP-based solutions, we?re also seeing an increase of a less desirable application of XMPP: the distribution of unsolicited messages over instant messaging (SPAM, or SPIM).

In order to help our Openfire community combat known spam, we have now released a new plugin the ?Spam blacklist? plugin. This is configured with a URL that is used to lookup addresses of known SPAM distributors and block all messages sent by these addresses.

By default, the plugin is configured to read from a blacklist that is hosted on the igniterealtime.org website, and block all messages sent by any user on a domain listed there. The blacklist hosted by the Ignite Realtime community is a periodically updated copy of the list that is curated by the https://github.com/JabberSPAM/blacklist project. You can help combat spam by contributing to that project!

In the next few hours, the plugin will pop up in the list of available plugins on all Openfire instances. Alternatively, you can manually download and install the plugin from its archive page.

The Ignite Realtime community is happy to announce the availability of Openfire Pàdé v1.0.0

After several years of on and off development, Pàdé for Openfire finally crosses the production line and is ready for general use. A big thank you to everyone who has contributed to make this happen.

In case you didn?t know, Pàdé is the Yoruba word for ?Meet? and is unified communications solution for Openfire providing chat, groupchat, audio, video and online meeting communications through a desktop, web and progressive web user experience.

LordNicky in "Tests failure during building in FreeBSD"

At Inteno we managed to quickly create a massively scalable IoT service delivery platform using OpenFire at its core. Thanks to the extendible architecture of OpenFire, adding device management capabilities was straight forward to do.Erik Horemans, CEO Inteno Belgium